Women to serve on submarines...

You have been warned. Thank you and have a nice day. ***

(Taken from abcnews.go.com) Women are a big step closer to serving on U.S. Navy submarines. ABC News has learned that the Navy has decided to lift the ban on female submarine crew members. Subs are one of the last places in the military from which women are excluded.Those fucking dickheads finally did it, they've set the stage for the most morale debilitating action to hit the sub force since Zumwalt was in. ASSWIPES!!

The only potential roadblock remaining is for both house of Congress to pass legislation specifically barring the policy change during the 30 working day window for congressional comment that began Monday. Don't look for those shitbirds to have any spine in standing up to the feminazis, they'll be grabbing their ankles and shouting, "Thank you ma'am, may I have another?"

A Defense Department official tells ABC News that the civilian Secretary of the Navy, Ray Mabus, and the Chief of Naval Operations, Adm. Gary Roughead, support lifting the ban. (Of course they do, they've no damned concern for the morale and well being of the fleet, if being politically correct required marathon cocksucking they'd have strapped on the knee pads and stocked up on chap stick long ago.) Defense Secretary Robert Gates signed a letter last Friday notifying Congress of the Navy's policy change. The 30-day window for congressional comment began when Gates' letter was delivered to Capitol Hill. ASSWIPE MOTHERFUCKERS!!!!

Through a spokesperson, Mabus said he "believes it's a great idea and the right thing to do. He fully supports the assignment of women to submarines." KISS MY ROYAL REDNECKED ASS YOU FUCKING SHITEATER!!

"The Chairman fully supports it," said Capt. John Kirby, spokesman for Adm. Mike Mullen, Chairman of the Joint Chiefs of Staff. HE'S ANOTHER TWO LEGGED STACK OF SMEGMA IN A UNIFORM!!

But even if Congress goes along, it will be at least a year and a half before a woman is able to serve on a U.S. submarine. You'll be seeing an awful lot of good officers and senior enlisted men bailing out before then. The Navy plans to phase women onto submarine crews gradually, and the first to serve will be officers. Submarine officers must complete more than a year of "nuclear school" before being assigned to a "boat." THE ULTIMATE IN AFFIRMATIVE ACTION HIRING IS TAKING PLACE AS WE SPEAK! FUCKERS!!!

A Defense Department official tells ABC News the hope is that 12 to 18 ROTC or Naval Academy graduates will enter submarine training. It won't matter if they don't have the sense to pour piss out of a boot, these split tails will be pushed towards sub qualification with no possibility of failure. GOD, I'M GLAD I'M FUCKING RETIRED!!!

Women started serving aboard Naval surface warships back in 1993. The Navy said hey have been barred from submarines partly because of the close quarters and limited sleeping areas. IT'S COMMONSENSE YOU DICKWEED, START MIXING THE SEXES ABOARD BOATS AND IN NO TIME FLAT YOU'LL SEE TWO BELLIES SLAPPING THAT SHOULDN'T, WITH A CORRESPONDING DECLINE IN MORALE. THAT WILL LEAD TO A GREATER LIKELIHOOD OF FATAL ACCIDENTS INCLUDING SINKINGS. HELLO THRESHER AND SCORPION, YOU'RE ABOUT TO HAVE COMPANY!!

But Naval officials and the chairman of the Joint Chiefs have said the time has come to "broaden opportunities for women." MY DYING ASS!! SINCE WHEN DOES ANY PART OF THE MILITARY HAVE TO SERVE AS A PETRI DISH FOR SOCIOLOGICAL EXPERIMENTATION? The Navy put together the details of how it will move forward.

Since officers are already separated from enlisted personnel on a submarine, Naval officials say they can accommodate female officers first. BULLSHIT! THAT "SEPARATION" IS MINIMAL. But no money has been set aside to retrofit sleeping areas or bathrooms for enlisted sailors in any submarines in service. Normal sub deployments can last up to 7 months.

The Defense Department official also says women will not be allowed to serve alone. BIG DEAL! THAT'LL DO WHAT BESIDES INSURE MORE POONTANG FOR THE TROOPS?? There would always be at least two women on board. There are discussions about having female junior officers bunk with an experienced female officer, who could act as a mentor. Restrictions on pregnant women will be the same as those who serve on surface vessels. DON'T GET ME STARTED ABOUT SPERM-BELCHING GUTTER SLUTS WHO GET PREGNANT JUST TO AVOID DEPLOYMENT!

The Navy hopes to start the inclusion of women on its larger submarines, which already have separate quarters. THAT'LL BE THE TRIDENT MISSILE BOATS, JUST THE ONES THAT NEED AN ADDED STRESS FACTOR OF THIS MAGNITUDE!! Smaller Virginia class attack subs may be reconfigured later during scheduled maintenance.

The timing of the order comes as graduating seniors at the academy and in ROTC programs have to decide which path they want to take in the Navy. Officials say it is possible that one of the first women to take up the Navy's offer, if approved by Congress, could be in command of a submarine in 17-18 years. POSSIBLE? THEY'LL DO EVERYTHING NECESSARY TO INSURE IT, NO MATTER HOW LACKING IN COMPETENCE ANY PARTICULAR WOMAN MIGHT BE!! THE MOST IMPORTANT THING WILL BE TO INSURE SHE'S REALLY COUNTERSUNK BETWEEN THE LEGS!

FUCK ME TO TEARS ALBERTHA!! WHO THE HELL IS RESPONSIBLE FOR THIS FUBAR IDEA? 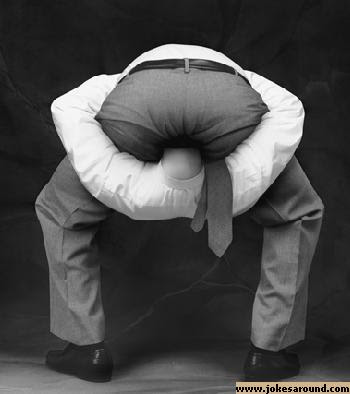 Labels: Submarine related, You've just GOT to be shitting me

If this passes, there will be no more male only bastions left. We started down the path of feminizing males way back at the start of the women's liberation movement. This will put the icing on the cake.

don't hold anything back, ok?

You took the words right out of my mouth! All of them! This is the most outrageously stupid decision I've heard of in decades...perhaps ever, come to think of it.
Officers who have worked hard their entire career, can have it all evaporate with a 'he said, she said'.
Not to mention the divorce rate will sky-rocket! Over my dead body would Hubster go to sea with females on his boat. Nope, wouldn't happen. Perception is reality and what these females perceive as their reality, may be the downfall of many careers.
I'm nauseated.
~AM

Chief, I haven't been entertained by that sort of language in years. I laughed my ass off. So did my wife. She asked me to tell you that she whole heartedly agrees with you. So do I. I cannot see the bunking arrangements on a 688 class like the one I served on. I can see a lot of onboard pregnancies, especially on long deployments. I can see a lot of fighting amongst the crews. This is bad juju.

Rev. Gregori, the problem as I see it will be the competition for "Suzie's" attention/approval. When I state we'll see an increase in accidents I'm not joking, look at how normal testosterone driven males act around women and then think of what happens when you've been cooped up for a few months and there's only one around. This is bad news for morale and I can state with confidence that subs don't need to be operated with this sort of stressor on the crew.

Airman Mom, you mention an angle I didn't even touch, i.e. divorce rates rocketing as senior sailors are given the choice of ending their career or their marriage. Another great thing for morale.

Arby, bad juju indeed. Nothing good can come of this.

does your disclaimer mean I have to wait till after Tuesday to read it???


better not cuz I read it anyways.

I'm still trying to figure out how you feel though....why not try again, only this time get off the fence on whether you think girlie bubble heads is a good idea...okay??

I love your restraint SV. These people seriously need to be kicked in the nuts. Now off to Confession with you.

Wow, Chief, I haven't heard language like that since I was chewed out by a Chief back in the day.:)

I SAY IF THEY WANT SUB DUTY GIVE IT TO THEM A BOAT OF THEM ON THEIR OWN.NO MALES NEEDED ONBOARD!!!!!!!!!!

VSO, Confession is at the top of my "todo" list!

Cut and Shoot, some things never leave ya.

Mike, great idea except there'd be a lot of bitching about "seperate and unequal" coming from the feminazi crowd.

Subvet,shit happens.so they want to be on a boat than it has to be seperate but equal.That's my story and you can bet your botton dollar I mean it.I'm not trying to step on anyone 6.

Reminds me when the minority hiring hit our dept in the 70's. Gals started showing up in squad rooms. Cops, sgts. commanders and dep cheifs were getting "serviced" while on duty. Then they strated fighting over guys who were dicking more than one female cop at a time. Shots were fired...

Cops bragged trhat they didn't have to got to the bars after work to get laid. The busiest shift, 3 to 11 pm, was nicknamed the Love Platoon becuase of all the straights and queers getting it on. And we were only together for 8 hours!