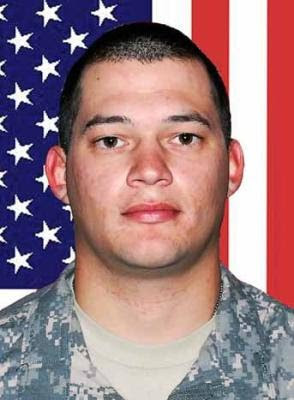 (Taken from www.mercurynews.com of Jan. 30, 2010) CONCORD — A 24-year-old Concord soldier was killed Thursday in Iraq, the U.S. Department of Defense announced Friday evening.

Army Pfc. Scott G. Barnett, 24, died from combat injuries in Tallil, which is in southern Iraq.

According to his MySpace page, he attended Concord High School and Olympic Continuation High School. He enjoyed traveling, hunting and playing video games.

He is survived by his wife, Nikki.